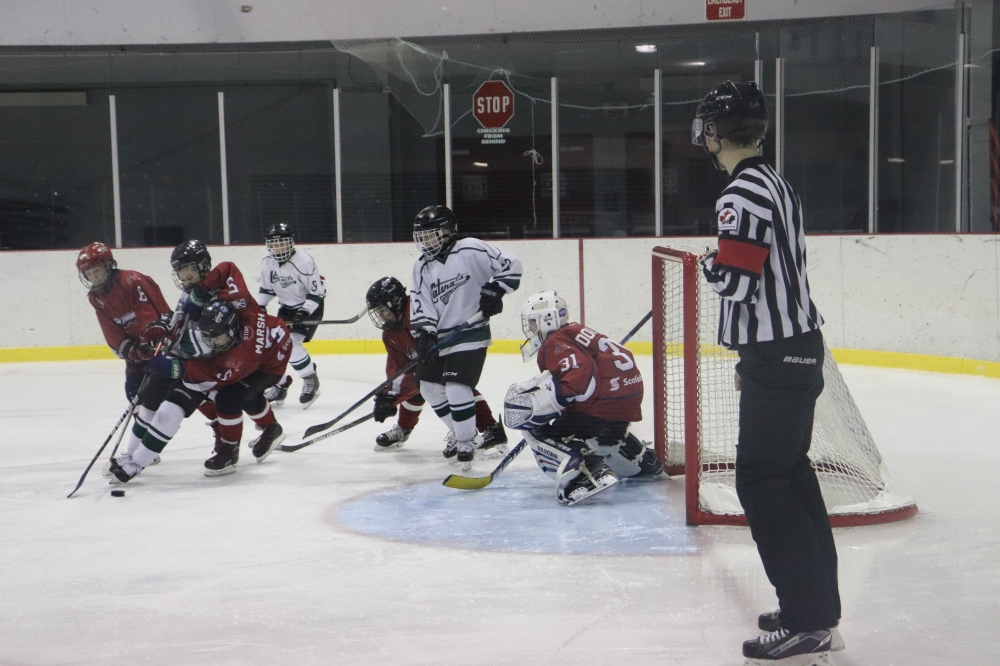 The Grand Falls-Cataracts capped off a very successful weekend of exhibition play versus DJHL Peewee A teams by doubling the BNS Scorpions 4-2 on Sunday at the Glacier. The win improved the team芒鈧劉s road trip record to two wins and two ties.

Aiden Locke led the Cataracts attack with a pair of goals, while Noah Pelley and Anthony Hurley contributed singles. Noah Ryan was a real spark plus for the Scorpions, scoring an unassisted goal before notching his second with help from Brady Toole to tie the game in the second. Cataracts responded with a pair to seal the win.

In earlier action, the Cataracts tie the BNS Hawks 3-3 on Friday night at Paradise Double Ice Complex. Both Hurley and Hawks芒鈧劉 Jack Pearcey sniped a pair of goals, while Lucas Toope of the Hawks and Pelley of the Cataracts also scored.

Saturday at Yetman芒鈧劉s Arena, the Cataracts' Cole Champion shut-out the BNS Jackals 1-0 in the first game of the day and rode a winning goal from Pelley (Locke and Jaxon Rogers assisting) to victory, before tying the BNS Cobras in the evening match 3-3. Cobras got tallies from Lucas Ledrew, Noah Butcher, and Ethan Power in that contest. Cataracts offensive output came from Hurley with two and Pelley, who managed to score in all four games.