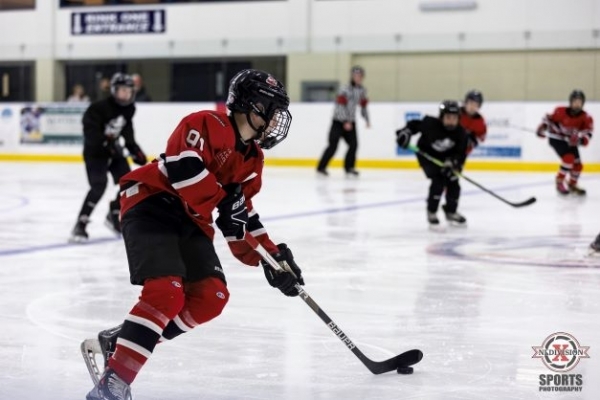 This article explains how ice hours work relative to the DJHL. If it gives parents, coaches and managers a better understanding as to why their demands are often not met by League officials, or why we do the things we do, then mission accomplished.

Before try-outs for AAA and AA teams ever begin, the DJHL Director of Operations solicits Team Reps from each of the eight Minor Hockey Association (MHAs), who make up the membership of the League, for three key pieces of information: 1) hours the MHA has to provide for pooled hockey try-outs, 2) hours the MHA has to provide for pooled hockey games and practices for the regular season, and 3) hours the MHA proposes as their home nights for their various club all-star teams at A and B level. For the record, the DJHL owns the pooled teams and the MHAs own the rest – a situation unique in Atlantic Canada and most places.

So we have 8 MHAs reaching out to the operators of the rinks they use, negotiating the number and terms of the hours they can get for the season, and then turning around and determining what they can share with the DJHL for pooled hockey. The only exception to this arrangement is the Avalon Celtics, who own their own facility and ice. Under this model, the DJHL does not negotiate directly with any public or private rink operator for ice rental.

Garnering sufficient hours to run pooled hockey try-outs has never presented a challenge for the DJHL. However, each season the League struggles to attain adequate hours to meet our basic commitment of two games and two practices on a weekly average for our full-time pooled teams. We eventually reach our required minimum number of weekly pooled hockey hours most seasons (our “ice allotment”), but, through no fault of the MHAs, some of these hours will set the League up for a head-on clash with scheduled events, games and training sessions on the calendars of both HNL Minor Council and HNL Female Council.

The DJHL has advocated successfully for the removal of double-carding (playing full-time on two teams) in the Metro region when it comes to HNL Minor. However, the new challenge on the Minor side is accommodating a divisional game schedule for the three new U13AAA teams that venture off once a month for provincial or Atlantic competition. These three teams are owned and operated by HNL. In the early going, the DJHL provided practice hours for these teams from its ice allotment. U13AAA teams now book and pay for their own practice time and the DJHL has returned a cluster of hours to the MHAs as of November 14. The League is no longer burdened with the difficult task of effectively accommodating the ice needs of these highly competitive teams.

On the Girls pooled hockey side, it became readily apparent in the pre-season that there were only limited days in the week where our hybrid GU15AA practices and games could be slotted to avoid clashing with a seven-team GU15 Metro schedule in which half of our GU15AA players are mandated to play (a game and practice a week at each level). Exacerbating this double-carding situation is the absence of a paid Scheduler for Girls Metro who can coordinate schedule changes to reduce clashes. When games are on a collision course, only the DJHL can steer clear. To mitigate this situation, the DJHL has done its best to lock in a set of game and practice hours effective November 14th that are of minimal disruption to the GU15 Metro, GU13AAA and GU15AAA programs. However, the League will be challenged each time two AAA tournaments are scheduled for the same weekend, as will happen on the November 11-13 weekend and again on the January 20-22 weekend. Thankfully, all hours returned to MHAs after the League released itself of any obligation to schedule Minor U13AAA practices, were weekend slots. So, schedule disruption will be less on the January 20-22 weekend. When we commit to the ice for the season with MHAs, we have to use it. We don’t have full-time staff who can be tasked with moving it around. While we are proud of any DJHLer who makes AAA, core programing comes first with the DJHL. Therefore, we will ensure those who remain at home on AAA weekends will get their ice time if still scheduled. This has always been the most equitable and practical thing to do in minor hockey. It will not change.

Going forward, the DJHL has divided up weekly time slots into Minor and Girls streams. In many ways, we have quickly morphed into a League of Leagues: Pooled Minor, Pooled Girls, and Club All-Star. With both Pooled Leagues, hours are now “locked in”, meaning one stream cannot take from the other and hours will only be moved under extraordinary circumstances. Suffice to say, rink operators can take away any of our hours on short notice. The fun never ends.

Schedule changes for the six Club divisions (37 teams) are handled between myself (Tim Power) and the various All-Star Reps and/or their MHA Schedulers. All U15 AA and U13 AAA schedule matters are handled between the seven Team Managers and I. With respect to the Girls Program, Trina Whiffen has full authority in her role as Girls Hockey Program Coordinator to assign practice teams and adjust the game schedule within her six game slots and six practice slots.

All the best to everyone! Relax and enjoy the game.