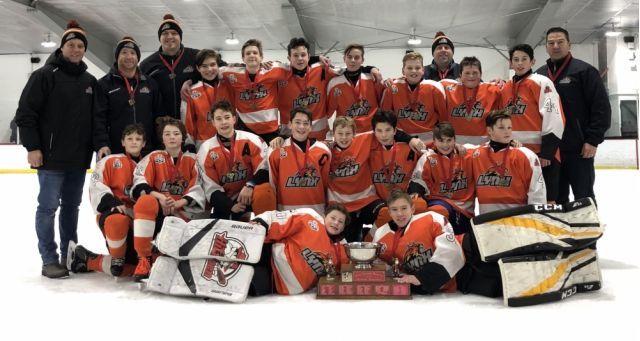 Christmas tournament play across ten divisions was highlighted this year by exciting and close scores in the championship matches.

The Peewee AA final in the Gerry Connolly Memorial Tournament at Twin Rinks was scoreless until the final eight minutes when the BNS Lynx rallied for three goals to defeat the BNS Falcons 3-0. J.D. Trainor scored the game winner and Donald Hickey and Liam Ryan shared the shut-out for the winners. Earlier in the tournament, the BNS Jackals edged the BNS Cobras 4-3 for the Peewee A crown.

In the Cec Stoyles Memorial Christmas Tournament in Mount Pearl, Goulds Pacers edged CBR Renegades 2-1 for the Bantam B crown, while thier Southern Shore Breakers won by the same score in the Bantam C final over the NE Eagles.

Thank you from the DJHL to all Associations and Committees who made these memorable tournaments possible.